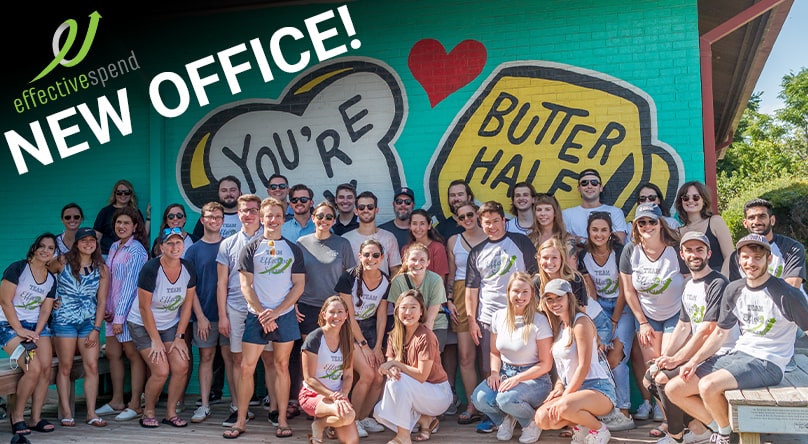 Effective Spend has moved its headquarters to an East Austin landmark building commonly called the “Butter Half Building” after the famous mural on its south-facing wall. 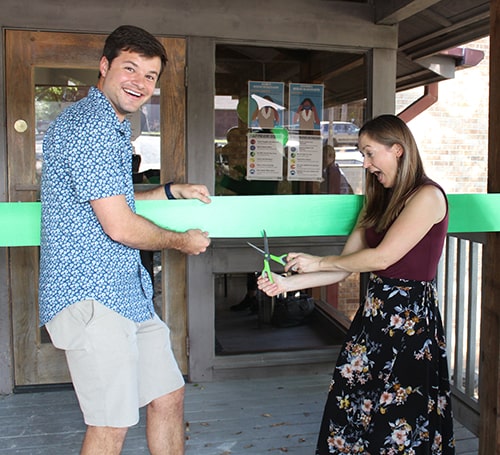 Located at 2000 E. Martin Luther King Jr. Blvd, the building is nearly 20,000 square feet ‒‒ more than double the size of the company’s previous office space on Barton Springs Rd. The Austin-based digital marketing agency purchased the building in September 2021 from United Way for Greater Austin, the non-profit organization that originally built and owned it.

Now in its 13th year of operation, Effective Spend has seen exponential growth in recent years, increasing its staff 71% over the last three years alone. The move to the new building will allow the team to continue to expand in Austin. In 2020, the company also opened its first satellite office in Los Angeles to better serve its clients on the west coast.

The “You’re My Butter Half,” mural is located on a portion of the brick exterior near the corner of MLK & Alamo streets. It was designed by local artist John Rockwell in collaboration with Creative Suitcase as a gift to United Way, whose mission is to “bring people, ideas, and resources together to fight poverty in our community.” The mural is a favorite photo-op of locals and tourists alike and invites visitors to donate to United Way. Effective Spend plans to continue the upkeep on the mural, which will continue to benefit United Way.

The office is in a walkable and centrally-located area near some of the best spots that East Austin has to offer, including the Sour Duck Cafe, Bennu coffee shop, Juiceland and The Wheel bar. The office is also just a short distance from the popular Mueller development and the many favorite local eateries along Manor road.

“In a way, it feels like a homecoming,” said Effective Spend’s founder & CEO Brian Wulfe. “Our very first office was on East 6th street, and we’ve really missed being in this area!”

The company will soon kick off some renovations to the building to add additional amenities to the space. 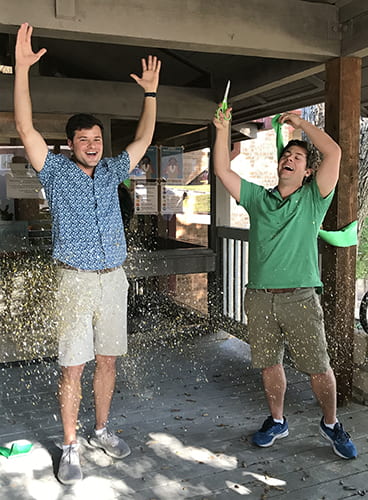 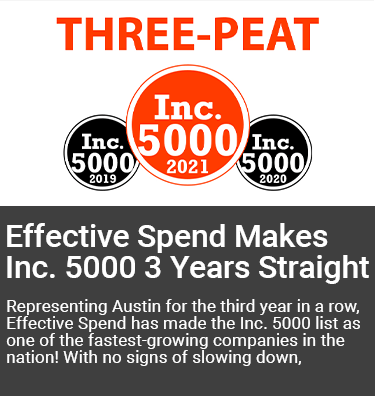 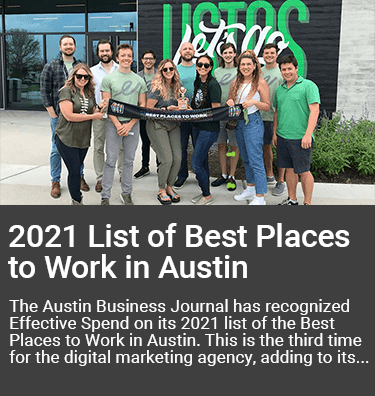