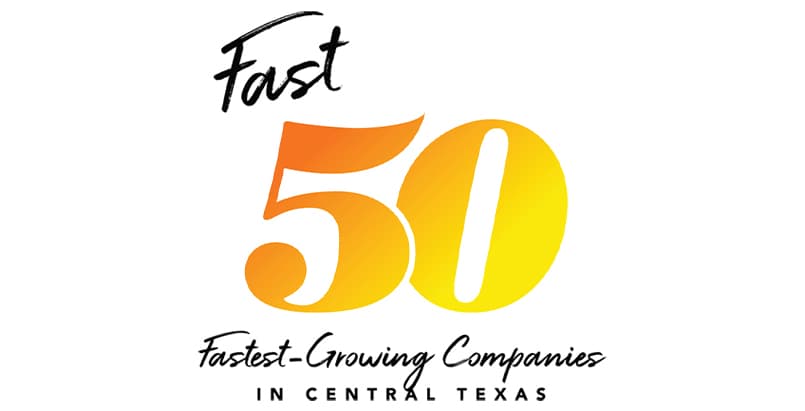 Austin Business Journal has released its 2019 Fast 50 list, which recognizes the fastest-growing companies in the Austin area. Effective Spend is named among this year’s awardees, which include a diverse cast of local businesses ranging from cybersecurity to artificial lawn providers.

This is the second award recognition Effective Spend has received this year for high revenue growth. In August, the company was also awarded a spot on the Inc. 5000, Inc Magazine’s annual list of the fastest-growing private companies in the US. Additionally, Austin Business Journal previously named Effective Spend a Top 10 Best Places to Work in Austin in 2018

The ABJ Fast 50 compares the three year growth of companies and ranks them based on their percent growth. While the Inc. 5000 is a national competition, Fast 50 is an Austin-specific list, aimed to highlight all of the growth within the central Texas community.

This is Effective Spend’s first attempt to join the Austin Fast 50. Over the past three years, Effective Spend has seen record growth with no sign of slowing down. Revenues have grown 65% since 2016. To support this growth, the company has more than doubled its staff in that time, from a team of 17 to more than 40, and the company has just recently moved into a new 10,000 square foot office space on Lady Bird Lake, more than doubling its previous location.

This is our new view.

“We have fostered this quick growth through a client-first approach, maintaining and building those relationships as our primary goal,” said Brian Wulfe, Founder & CEO. “An honor like the Fast 50 is a sign that our commitment to providing ROI-positive PPC and SEO services is paying off. We are excited to see what our final ranking will be.”

Awardees were honored at a reception and awards ceremony on October 24th, where Austin Business Journal unveiled its final rankings. Effective Spend achieved the rank of 23 in our category and we had a great time at the event!

Born and raised in Southwest Michigan, Nick left the snowy north to join the Effective Spend team in 2019 as a Marketing Strategist for the newly formed Internal Marketing team. Before moving to Austin, Nick attended the University of Michigan, graduating with a degree in English, and lived on Long Island, New York, for a few years, working in marketing for an eCommerce plumbing and heating company. Outside of work, Nick plays hockey, watches too much television, and holds a deep affinity for pizza.