On June 22nd, the Austin Business Journal revealed the rankings of this year’s Best Places to Work finalists. Within the small business category, made up of companies with 10-50 employees, Effective Spend ranked #8 out of 20 finalists, landing the company in the ABJ’s Top 10.

The finalists were announced at the ABJ’s annual awards luncheon. Effective Spend was honored to attend as one of the 75 finalists, among other top Austin companies including RetailMeNot, Aceable, and Spredfast. The finalists ranged from realty companies to software start-ups and were broken up into 4 different categories by company size: Micro, Small, Medium and Large.

“We could not be more thrilled to be in the ABJ’s Top 10 Best Places to work in Austin,” said head of People Operations, Natalia Wulfe. “As a Digital Marketing agency, our people are our #1 resource. We’ve worked hard to create a culture that is fun, hardworking and rewarding.” 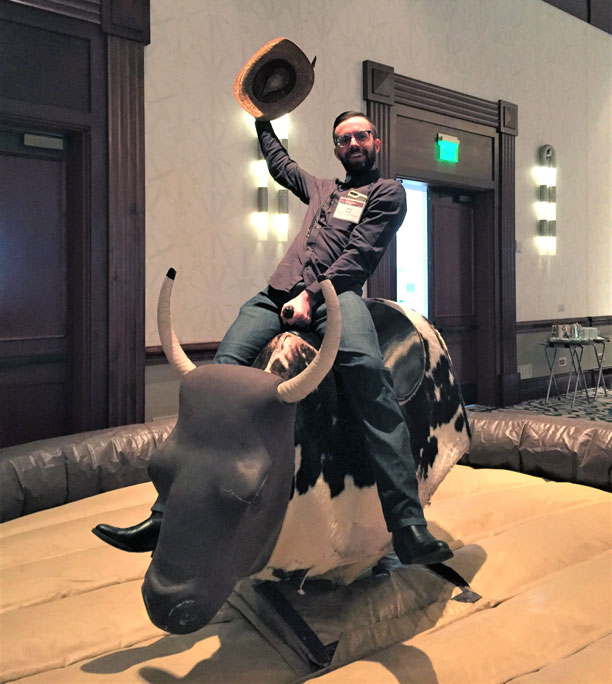 To help celebrate the win with its staff, Effective Spend held a company-wide vote for employees to select the company’s top three “Culture Champions” to represent the agency and attend the event alongside senior staff.

ABJ’s theme for this year’s event was western wear. Always game for a good theme party, our Effective Spend crew dug deep in our closets, dusted off our old cowboy boots and showed off our team spirit. A few brave team members even tried their luck on the mechanical bull!

“We’re honored to be recognized among the top companies in Austin that provide the absolute best culture for their employees,” said Brian Wulfe, Founder & CEO. “And, ABJ’s rigorous selection process gives us valuable feedback about how we’re doing as a company.”

As part of the selection process, ABJ sends an anonymous survey to each employee asking a series of detailed questions about culture, management, and career development opportunities.

The ABJ’s final survey report noted that the top word that Effective Spend employees used to describe their work environment was “Fun.”

In the ABJ Best Places to Work survey, employees were also invited to write comments about their experience working for Effective Spend.

“This is far and away the best job I’ve had in my career,” wrote SEO Director Larissa Williams. “I feel that leadership cares deeply about the quality of the work we do as well as us as individuals. Having worked for other agencies, I recognize how lucky we have it here. Effective Spend is just different. It’s a bunch of over-achievers, but rather than stepping all over one another, we’re all rooting for one another to succeed.”

To learn more about what it’s like working at Effective Spend, visit our Careers & Culture page. 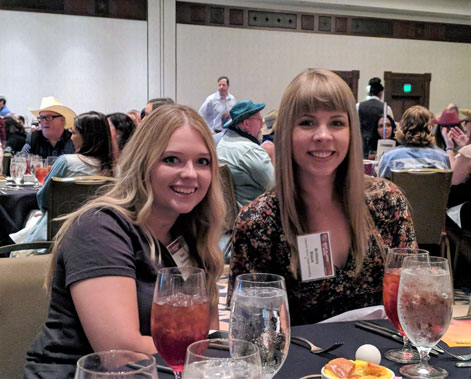 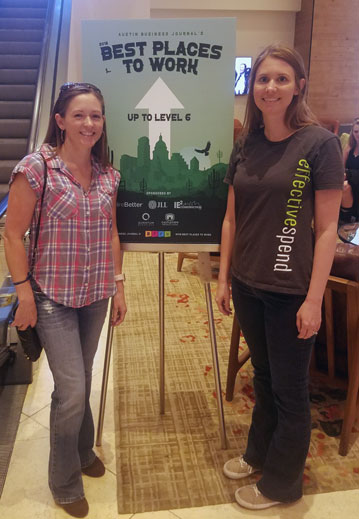 UPDATE: The 2020 rankings have been released and Effective Spend has yet again made the cut!
Click here to see how Effective Spend continues to be one of Austin’s Best Places to Work in 2020