After tracing 3,000 ads back to Russian entities, Facebook has unveiled sweeping changes to how it handles advertisements.

Though political integrity is the focus, Facebook acknowledged the update will impact all advertisers. The social media empire announced in a recent press release, “We’re going to make advertising more transparent, and not just for political ads”.

Once the transparency measures go into effect next summer in the U.S., every Facebook ad must be linked to the sponsoring company’s Facebook page, allowing viewers—including competitor companies—to see all active ads the brand is currently running. 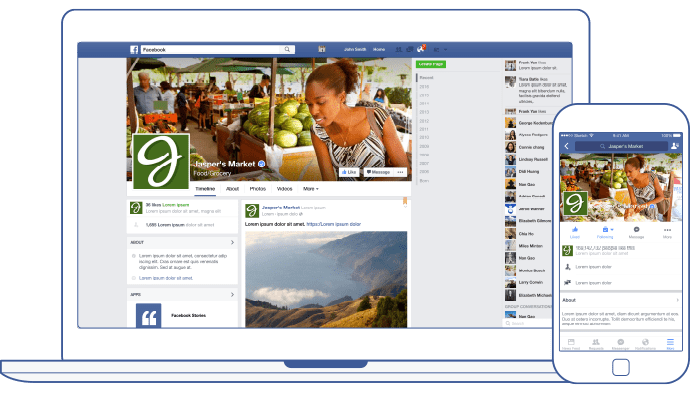 Facebook believes 120 fraudulent Russian-linked accounts purchased thousands of election ads seen b y more than 126 million American Facebook users over a two year period, reports The Washington Post. As much as half of the voting-age population may have been exposed to these ads, which were designed to interfere with the American presidential election.

In September, Facebook CEO Mark Zuckerberg announced that Facebook would take steps to “protect election integrity and make sure that Facebook is a force for good in democracy”. In addition to investigating Russian interference in the US electoral process and government, Zuckerberg promised to make advertising more transparent, postulating that this would be Facebook’s “most important step”.

Tech giants Google and Twitter are also introducing measures to increase transparency around ads under scrutiny from Congress. Twitter is launching an Advertising Transparency Center where users will be able to see details and share feedback on all ads currently running on Twitter. During the first of three congressional hearings on Russian meddling, Google announced it would feature an election ads transparency report next year, allowing users to see who sponsors political ads.

Facebook will start testing advertisement transparency measures in Canada next month. The social media platform plans to roll out these updates in the U.S. by next summer, before midterm elections in November.

Rod Goldman, VP of Ads at Facebook, outlined the changes in a recent blog post. We’ve explored some of the key updates below:

Here is an example of what the display of ads will look like: 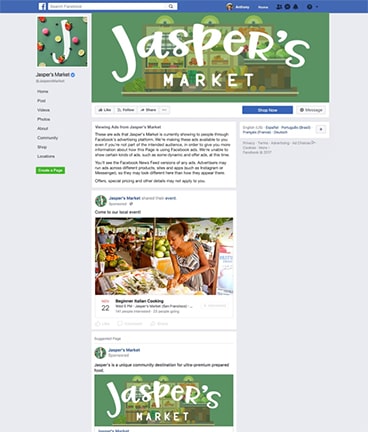 The end of “dark posts”

As a refresher, Facebook “dark posts” are News Feed ads that don’t appear on a Page or in followers’ Feeds organically. Instead, these ads are visible only to a targeted set of users. Dark posts were handy because they allowed brands to send a message to a specific group without bombarding other followers with irrelevant posts. Dark posts also offer marketers a mechanism for trying out ads in relative secrecy, which is useful for weeding out less successful ads.

Following updates, these ads will continue to be available, but visible to all users. Facebook members will be able to click a button and review ads, even if they aren’t part of its target audience.

Before the updates, competitor companies had limited visibility of each other’s social media strategies. For example, Dunkin’ Donuts couldn’t access the creative ads, deals, or products Starbucks was promoting on Facebook, and vice versa. With new transparency measures, Dunkin’ Donuts could simply visit Starbuck’s Facebook Page, click the “View Ads” button, and get instant insight into all their creative work.

Even more transparency for political ads

Facebook is enforcing even more stringent transparency policies for political ads. Election-related ads will have to include a “Paid for by” button that reveals information on the advertiser, in addition to details on who they target and how much they spend on an ad. Ads would be archived for four years in a searchable database on Facebook that anyone can access.

“For political advertisers that do not proactively disclose themselves, we are building machine learning tools that will help us find them and require them to verify their identity,” adds Goldman.

These transparency updates may pass by unnoticed by your average user. But for marketers—even those who are not political—the new rules will bring both creative challenges and opportunities.

As marketers, one of our biggest challenges is keeping a close eye on competitors. Knowing what rival companies are up to is key to staying a step ahead, and helps identify risks and opportunities in the marketplace.

An organic search alone won’t tell us much about our competitors’ social media activity. Until now, our options for insight into rivals’ social media efforts was to use somewhat primitive and often ineffective competitive intelligence tools like AdEspresso and Rivall Q.

Following Facebook transparency updates, marketers need only click “View Ads” to unlock a wealth of information about a rival’s ad activity. With a clear view of their social media efforts, we can learn from competitor mistakes, hop on missed opportunities, and have a clearer picture of market dynamics.

Competitors will see your ad creatives, too

Of course, when you can see all of your rival’s current ads, they too will have access to your messaging, products, and services. When the walls come down, it’ll be easier for copycat competitors to learn about ad strategy and snatch ideas. Now more than ever, it will be crucial to adapt and innovate quickly.

Competitors and audience can see your A/B testing tactics

Before the transparency updates, marketers had the ability to run and test Facebook ads with the option of not publishing them on their Page’s timeline. With dark posts, we had the luxury of testing multiple messages, creatives, headlines, call-to-action buttons, etc. without letting everyone see our legwork.

With Facebook’s new transparency measures, test ads targeted at different audiences are visible to anyone who visits the advertiser’s Page. A competitor or customer able to review all ads simultaneously will thus have access to both A and B versions of tests.